The health road of the century-old pharmaceutical company Merro

In June 2019, the two media from the news and the daily newspapers made a comprehensive report on the development process, strategic planning and management mode of Merro Pharmaceutical Co., Ltd. In recent years, Merro Pharmaceutical has devoted itself to the development of excellent products and technology talents, steadily entering the fast lane of development. The company has passed TGA certification in Australia and FDA certification in the United States, and its products have been exported to New Zealand, Australia, the United States and other countries.At the same time, with a global strategy in mind, the company sends outstanding personnel to study and visit overseas every year. While pursuing the highest quality and standards in the world, it also strives for globalization in resource allocation and personnel use. In 2018, six varieties of the company were approved in the United States, and 15 varieties will be declared by 2020. The veteran pharmaceutical companies daring to pioneer and innovate for nearly 100 years have stepped out of a healthy road of both internal and external repair.

As one of the most influential and internationalized pharmaceutical companies in China, Merro Pharmaceutical Co., Ltd. has been focusing on the health field for more than 90 years and is committed to providing scientific health solutions for 1.4 billion Chinese consumers. It is a state-level high-tech enterprise, post-doctoral workstation and international pioneer enterprise. 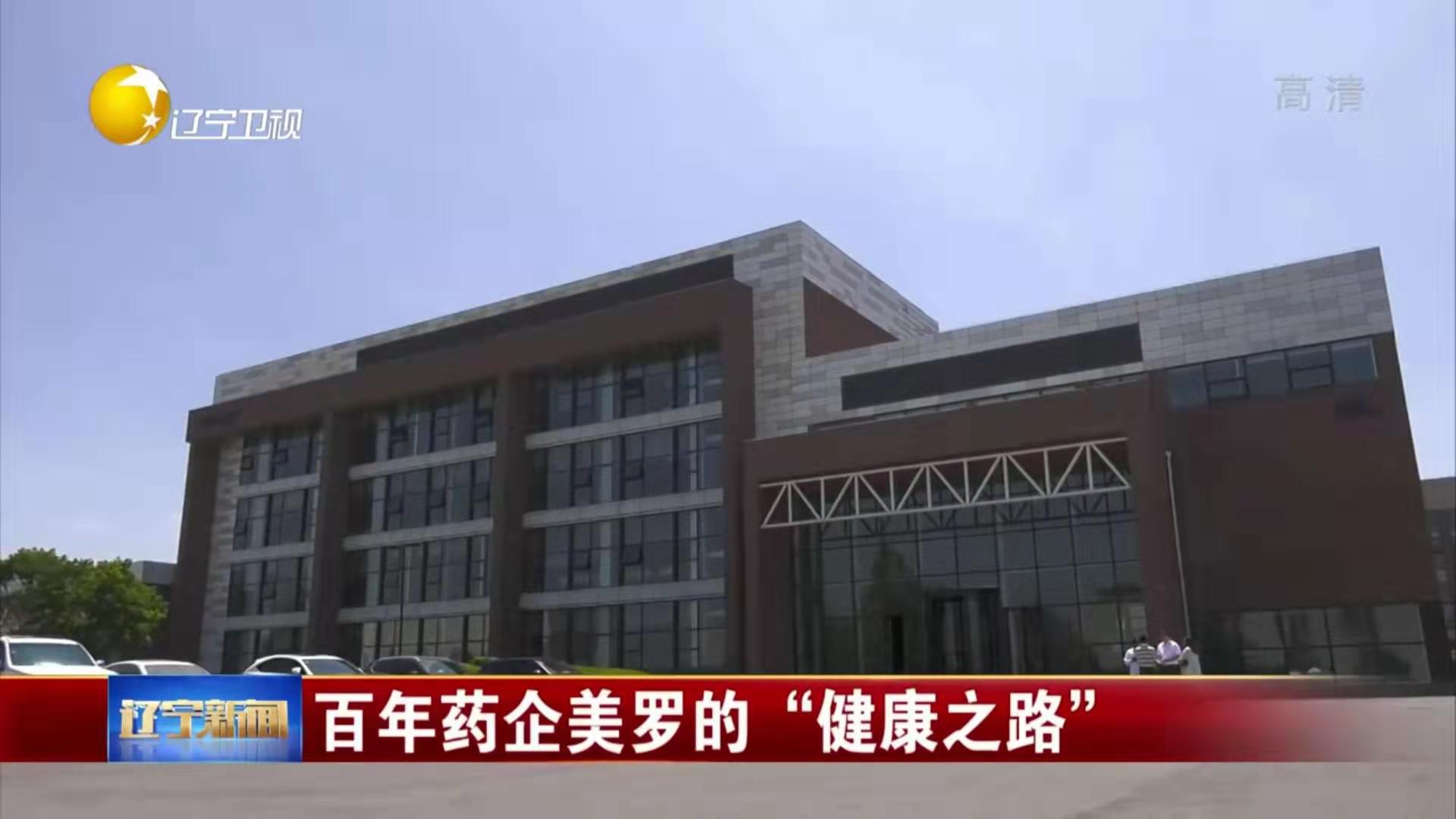 The company has registered capital of 350 million yuan, covering an area of 230,000 square meters, building area of 180,000 square meters, and 600 employees, including more than 300 professional and technical personnel. In 1925, it was founded in the Health Research Institute of the Manchuria Railway Corporation. In 1957, it pioneered the development of erythromycin in China and became the earliest antibiotic production base in New China. In 1989, it joined the Pfizer company of America to create the Pfizer pharmaceutical company in China. It was the first large-scale joint venture enterprise in China, and the first batch passed the national GMP certification in 2000.Today, Merro has become a professional and international pharmaceutical company that takes drug research and development, manufacturing and sales as its core business. In 2005, it was awarded TGA international certification and exported to New Zealand in the same year. It is the first batch of export enterprises in China. In 2014, the solid preparation workshop was approved by the US FDA; in 2015, the Polygen pharmaceutical factory was purchased in the US; in 2017, the sustained-release preparations were exported to Australia, and a number of ANDA products were approved in the United States. The company has never slowed down in drug development and manufacturing, always insists on innovation, fully promotes the extensive cooperation of products and technologies in the international pharmaceutical market, builds factories that comply with GMP standards in advanced countries such as Europe and the United States, and vigorously develops international and domestic markets. At present, Merro has two research and production centers in China and the United States, and utilizes the research and innovation capabilities of world-class pharmaceutical companies to create breakthrough products. The company takes the national essential drugs, international generic drugs and bio-pharmaceuticals as the development direction, establishes core projects such as the consistency evaluation project and the second brand of the original research drug, and focuses on the development of slow-release preparations and biological agents on the basis of more than 200 existing products. More than 50 R&D and innovation projects were implemented, 46 scientific and technological achievements were transformed, and more than 30 national patents were obtained.

In 2018, six varieties have been approved by the US FDA, and 15 varieties will be approved by the US FDA by 2020. In 2017, Metro and the world-famous pharmaceutical company AstraZeneca signed a technology transfer cooperation of rosuvastatin calcium tablets, which produced rosuvastatin calcium tablets and became the first brand generic drug product in China. Metformin sustained-release tablets produced by international grade controlled release preparation technology, and two products of rosuvastatin calcium tablets have been determined to pass the national drug consistency evaluation in 2019; the key product amifostine in the field of cytoprotective agents for chemoradiotherapy The market share is over 90%; the annual sales volume of the injured bone tablets is 12 million bottles, which is one of the largest varieties of bone injuries; the children's lung heat clears in February 2019, the Children's Community Acquired Pneumonia announced by the National Health and Health Commission. The standard of diagnosis and treatment (2019) has become the recommended drug; the preparation of leflunomide for the treatment of rheumatoid arthritis has won the national first class new drug certificate, the second prize of Liaoning Science and Technology Award; the lactulose oral solution is called the world. The safest constipation medicines are well received by consumers because of their good experience, good taste and ease of use. 2019 will be listed in the country as a series of key products such as broad-spectrum antiviral and anti-inflammatory Banlangen oral solution.

The company's excellent products have been serviced through 30 provinces and cities through a comprehensive sales network, and have entered more than 10,000 medical institutions in China, and achieved terminal sales in more than 50,000 pharmacies. It has been with Neptune, the pharmacy of the people, Dashenlin, and Chengda. Fangyuan, Yixintang, NUS Pharmacy, Yifeng Pharmacy, Zhang Zhongjing Pharmacy, Yikang Pharmacy and other top 20 KA customers in the country to achieve strategic partnership, and deep cooperation in 8 major pharmaceutical e-commerce platforms, through the three major The channel has achieved comprehensive coverage of prescription drugs, OTC products, health care products, toiletries and killing products, providing health solutions for consumers of all ages in the country.

The company uses brand-new marketing innovation ideas to expand the brand volume and export products and services by using traditional offline pharmacy channels. On the one hand, combined with the precise marketing characteristics of the current Internet era, the major mainstream platforms on the Internet jointly promote and carry out multi-point Accurate exposure. The offline channel, in the spring of this year, repackaged the OTC category of lactulose oral solution, completed the outdoor media placement of bus stations in key cities nationwide, and promoted the product image package of thousands of national chain pharmacies. Market-wide promotional materials for all-product retail terminals, establish daily sales communication with consumers, conduct medical education and product recommendation activities for patients in key holiday stores, and conduct various memberships through national chain pharmacies such as Neptune and Chengdayuan. Joint marketing method; for online, Merro has continuous content communication and brand links in the private areas of its stations through various forms of content such as graphic and comics in the main e-commerce platforms such as Ali Health and Jingdong Pharmacy; Baidu, the largest Chinese interactive platform, knows how to carry out rolling maintenance of products and brands. It is the most popular mainstream social media in Xiaohongshu, etc., to implement grass marketing; to produce series videos in video sites such as B station. Conduct "viral" communication, product and brand education; use The new media platform's WeChat vertical layer layer oriented content push, to achieve efficient access to the user under fragmented media. In response to several key products to be launched in the second half of this year: through the national drug consistency evaluation of metformin and rosuvastatin, Merro will deepen the in-depth cooperation with the platform, educate patients through the emerging pharmaceutical APP platform, and increase electricity. The brand of the business platform and the retail terminal is exposed, and the product category is linked to promote the rapid landing of the product; for the OTC Banlang oral liquid, Meiluo will try the large-scale omni-channel large-scale marketing launch, and strive to achieve double explosion of product volume and business scale.

In the future, the company will continue to promote pharmaceutical innovation, drive pharmaceutical manufacturing business and marketing upgrades to create a healthier and better future for mankind. Merro only exists for health.